Pokemon is a great business for nintendo. A lot of pokemon derivated games were released on the n64 (Pokemon Stadium, Pokemon Snap, Pokemon Puzzle League, Pokemon Stadium II, ...) and also 4 console were designed and dedicated to the pokemon universe. Two were only released in japan, the blue/yellow and the orange/yellow with pikachu on the right side and a pokeball and the left side. The two part are acting as buttons. A dark/blue yellow similar to the japanese on was released world wide with an accesories set in a pack and a fourth was released, blue with stickers and bundled with pokemon stadium, a yellow pad a transfert pack. 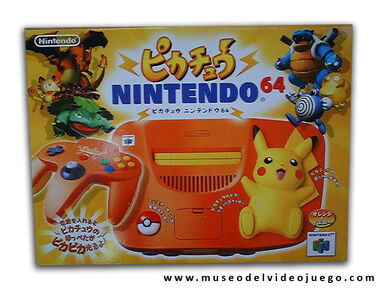 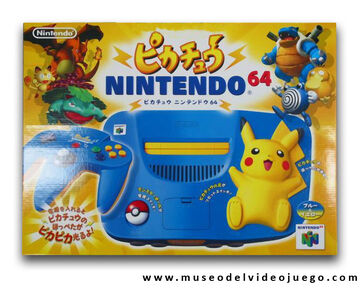 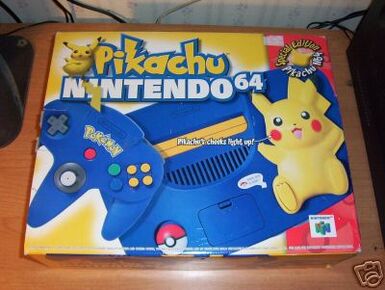 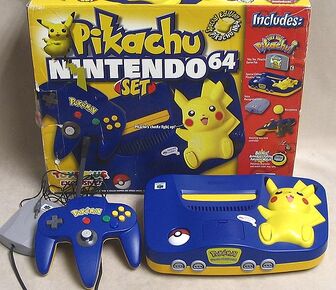 A dark blue and yellow console packed with accesories. 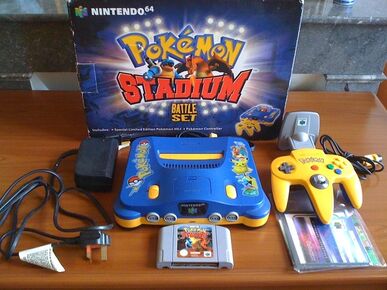 A blue and yellow pokemon console with stickers and bundled with pokemon stadium.
Community content is available under CC-BY-SA unless otherwise noted.
Advertisement