The funtastic color series is the most known color scheme. They are separated in three generations. The first generation is totally translucent, the second has a translucent top and a white bottom and the last generation has a translucent top with grey parts on the bottom. Some limited editions were extracted from both kind. The first and third series were released worldwide but the second was only available in Japan and Europe. A Funtastic Clear Purple prototype also has been made in limited number by Nintendo of Europe. 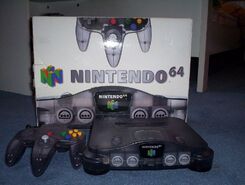 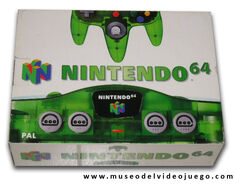 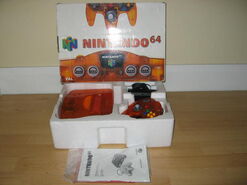 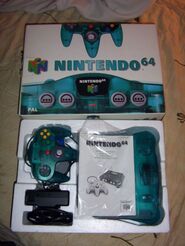 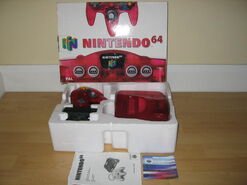 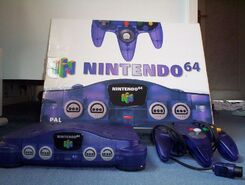 The top is translucent while the bottom is "pale white". Only two colors, Clear Blue and Clear Red, have been released. 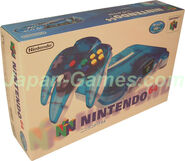 Japanese Clear Red color.
Add a photo to this gallery

This generation has only been released in two colors, Grape Purple / Midnight Blue and Fire Orange with some parts on the bottom of the console being white, but not the whole bottom as in the second Funtastic generation. 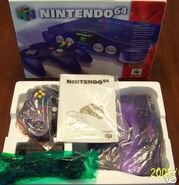 Fire Orange color.
Add a photo to this gallery

Retrieved from "https://nintendo64.fandom.com/wiki/Funtastic_Color_Series?oldid=4791"
Community content is available under CC-BY-SA unless otherwise noted.